In the Heart of New Braunfels for 170 years

First UMC has been about the work of the Kingdom in our area since before the civil war. 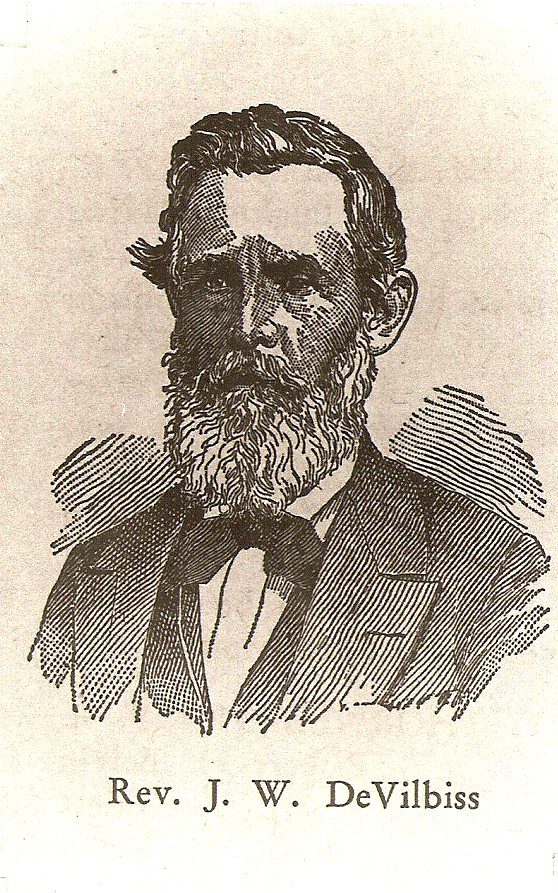 The Methodist movement began meeting the spiritual needs of the mid-1800 German immigration to Texas when Rev. Henry P. Young (Heinrich Jung) reportedly preached to 1,000 Germans on the shore of Galveston bay. He would establish German-speaking Methodist congregations in Galveston (1845), Houston, and in New Braunfels (1853).

First United Methodist Church, the first home of the Methodists in New Braunfels, is the fourth oldest congregation in the city

It began as part of the German Mission circuit with five other churches all in the German language. By 1858 a frame church building was erected in Comaltown on Union Street for worship and Sunday School. In the early history of the church, one minister and one layperson’s contributions stood out: Revered John Wesley DeVilbiss and Johann Friedrich David Karbach.

Rev. DeVilbiss was appointed Presiding Elder (District Superintendent) for all the German-speaking congregations in the Rio Grande Conference (Southwest Texas) of the Methodist Church (1856-60). He felt it necessary to learn German and to center his work in New Braunfels.

He shared the ministry of the German-speaking pastors whom he supervised, met with Methodist Societies, conducted prayer meetings in people’s homes, and preached at camp meetings.  It was in that setting that David Karbach was converted to Methodism. Over the years David, the name he preferred, along with his family, especially his sons Fritz and John, became the backbone of the Methodist movement in the area. Karbach Settlement on the Karbach ranch was the center of worship and Sunday School activity in the area well into the 1900s. The congregation so revered the contributions of the Karbach family that in 1914 when a new brick church building was erected at 572 W. San Antonio Street, it was named Karbach Memorial Methodist Church. At this new location, the church would gradually change from the German language to the English language to better meet the spiritual needs of the community. 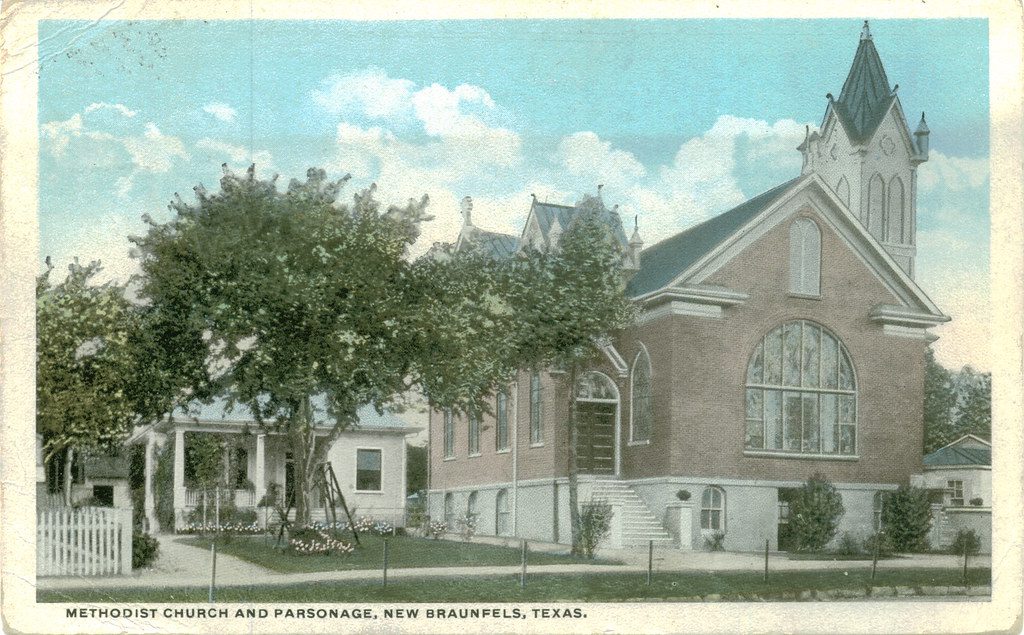 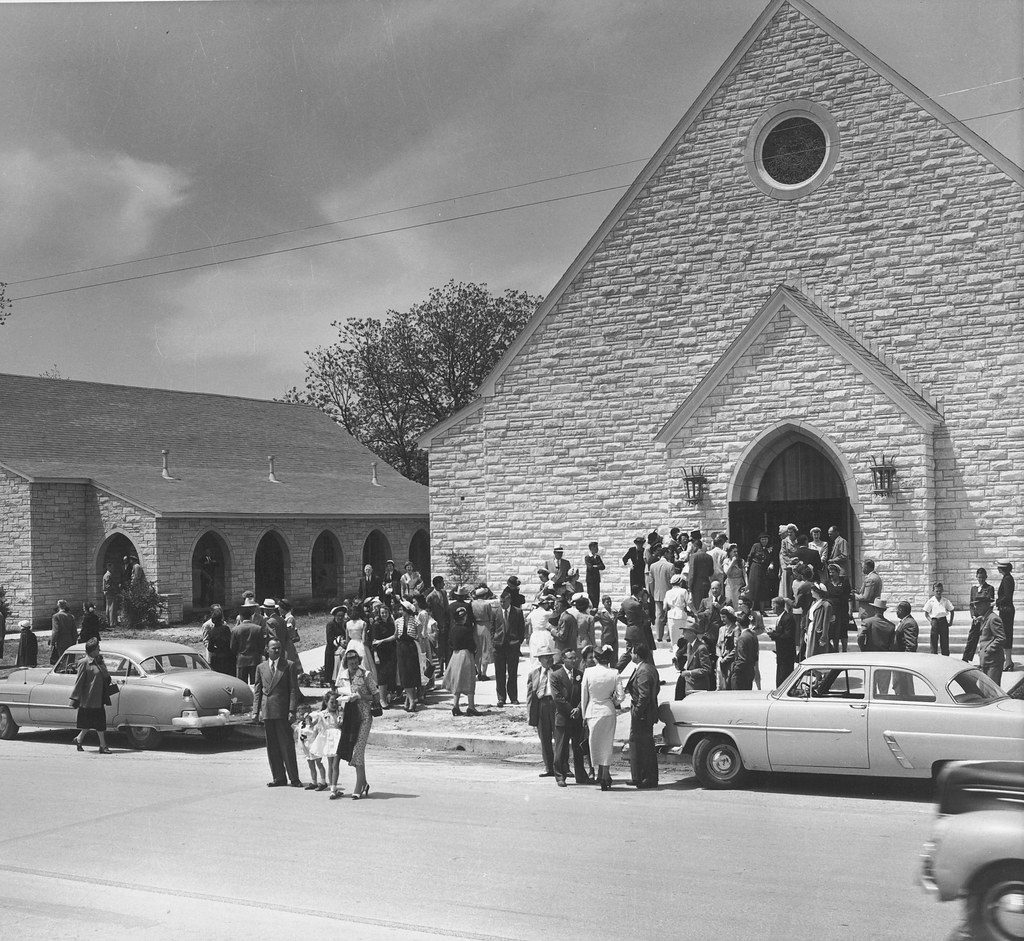 Through the years of congregational growth in membership and mission, this address would be the home for Methodist and would become a big campus with a large sanctuary, education building, and gym/fellowship hall all built to meet the evolving spiritual needs of all the people of the community. Beginning in 2003, First United Methodist Church would begin the process of mothering a new congregation, Gruene United Methodist Church, so that more people might know Christ. As in the past, the people called Methodist continue today to make history through their members and changing mission in New Braunfels.